Seventy Million years ago in the mountains of British Columbia the strikingly clean granite of the Bugaboos was finally uncovered setting the stage for world class North American Alpine Rock Climbing. Just shy of 51 degrees North “the Bugs” are located in the midst of the Purcell Mountains of B.C., a range of mountains sandwiched between the Canadian Rockies and the Selkirks.

Amidst the Bugaboos sit the mighty Howser Towers, (featured in issue 14 of Alpinist magazine). These perfectly symmetrically, sound granite peaks have been inspiring climbing’s greatest talent for decades and are home to the biggest and boldest Bugaboo climbing objectives. Bugaboo spire at 10,511', Pigeon spire 10,354', and Snowpatch Spire 10,120', provide quality routes for everyone. And as if this were not enough to occupy a lifetime of climbing, there are many more spires, towers and rock faces to explore. The Bugaboos are excessively scenic, wild and accessible…a true alpine rock climber’s paradise. 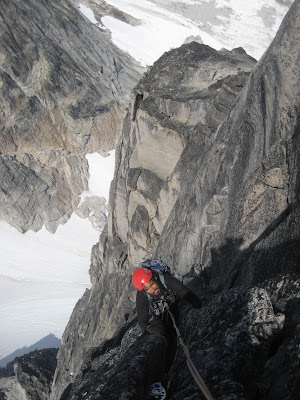 For years AAI has been running successful and exciting trips to the Bugaboos. For AAI’s Technical Leadership program we typically use the area for phase III of the three-part program. Here is what one Technical Leadership graduate had to say after getting back home from the part I, II and III in August 2008:
This season AAI climbers accomplished a great deal in the Bagaboos. The West Ridge of Pidgeon (II 5.4); Ears Between on Crescent Spire (grade III 5.8) and the South East Ridge of the Bugaboo Spire were all climbed several times by AAI teams. Other routes such as the Kraus-McCarthy on Snowpatch (grade IV 5.9), The Mcteche Arete on Crescent Tower (grade III 5.10), The Enjoyable Way (grade III 5.8) ofn Snow Patch and the Kain Route (grade III 5.6) on Bugaboo were climbed as well.

The Bugaboo climbing season runs from late June to the end of September. And while it may be a little late in the year to plan a trip this season, next summer is right around the corner. Hope to see you there! 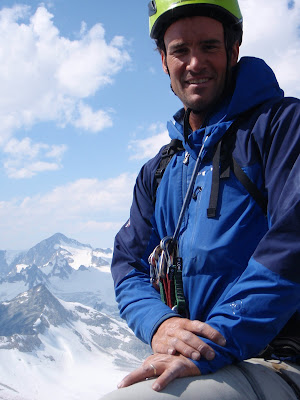