Alright. I know. We've posted this before... But I'm off in Red Rock working at the seventh annual Red Rock Rendezvous and didn't have time to get you an original article this week.

But this video is so funny, it's well worth posting again. Below is my original article from November 20th, 2009: 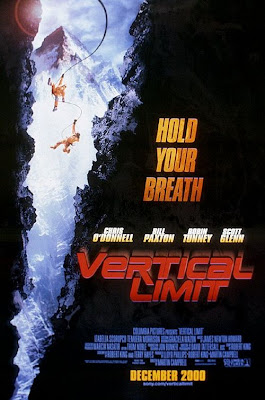 Hold your breath! Okay, you can let it out now. There wasn't that much a reason to hold your breath, because the 2000 film, Vertical Limit is dumb.

It has been discussed here in the past and in many other climbing forums and blogs. There is no other way to put it...

Maybe I should make this a little bit more clear. Vertical Limit is perhaps the most ludicrous climbing film of all time. There is not one iota of truth or reality in the entire movie from the beginning to the end. And in many cases, the storyline is so outrageous that it is actually comical.

So a small group of climbers decided that the best way to use the content of this film was to make an instructional climbing video out of it. Hilarity ensues...