An aerial search of routes and trails in the vicinity of the Eielson Visitor Center is underway for missing day hiker John MacGregor, 54 of Jasper, Georgia. On Sunday, August 22, MacGregor took a parkconcessioner-operated shuttle bus that departed the Wilderness Access Center at 6:15 a.m., bound for the Eielson Visitor Center, which is located at Mile 66 on the park road. He was seen at the Visitor Center that morning, heading north up the Alpine trail towards the Thorofare Ridge.

The Alaska State Troopers notified the National Park Service on Monday, August 23 that MacGregor had not arrived at a Fairbanks hotel on Sunday as he had planned and had not appeared for a meeting on Monday. His car was located in the Wilderness Access Center parking lot, and an investigation is ongoing. 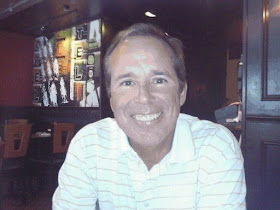 The air search will continue until dark today. Plans are being made to dispatch ground teams to search trails and likely routes near the point last seen.

MacGregor is in good health, and an experienced hiker. He weights 150 pounds, has brown hair, and brown eyes. Anyone who may have seen him in the park is asked to call the National Park Service emergency dispatch center at (907) 683-9555.

American Alpine Institute at 11:01 AM