The Ultimate Head to Head: Jetboil vs. Reactor


When it comes to stoves in the wilderness, over the last few years everything has changed.  It used to be that guides almost universally used MSR Whisperlites or XGKs.  And while these are still the standard on expeditions, most guides have made the switch to canister stoves for non-expeditionary climbing trips.

There are two canister stoves that stand out as the best on the market.  They are the MSR Reactor and the Jetboil.  Each of the two has advantages and disadvantages and when choosing between the products, one must weigh these carefully in order to get the right cooking system.

Before launching into a discussion of the pros and cons of these two products, we should first list the advantages and disadvantages of canister stoves over other stoves. 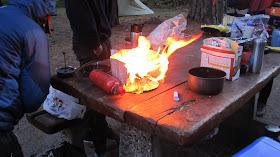 A standard experience with a Whisperlite.
Disadvantages of Canister Stoves:
Advantages of the Jetboil: 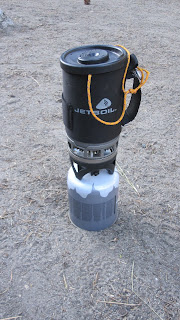 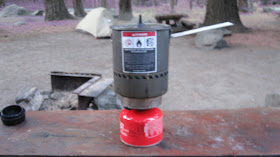 Disadvantages of the Reactor: 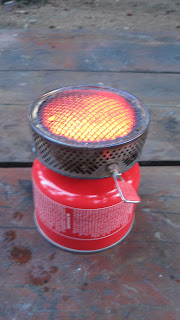 So there you have it.  In my humble opinion, these similar systems are different enough that one is better than the other in different backcountry applications...in the broadest of strokes, the Reactor is better for backpacking and the Jetboil is better for mountaineering and backcountry skiing.

Whatever stove system you choose, be sure that it is right for you.  None of these systems are exactly cheap...and while it would be nice to own both a Jetboil and a Reactor, such a thing is not realistic for most people.  These are both very good products and I believe that most will be pleased with either of them in both backpacking and mountaineering endeavors...