My Favorite Layer - The Windshirt

I think this is about to be the most conceited, narcissistic, and vain post that I will ever make. But honestly, when I take 1 minute to look at my Facebook photos, 50% of them are of me in my windshirt. I knew I loved my windshirt, that it was my go-to layer; I didn't know I loved it this much!

My windshirt happens to be a Patagonia Houdini, and I really am quite fond of it. It does anything and everything that I need an action layer to do. What follows is a photo essay of me in my windshirt in all sorts of environments. 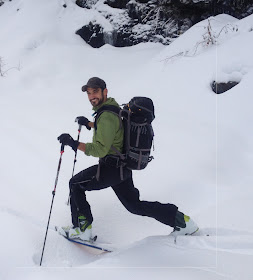 Wearing my windshirt while ski-touring near Mt. Baker in Washington State in November. Perfect on the uphill with a light wind, adds just enough warmth under a shell on the way down. 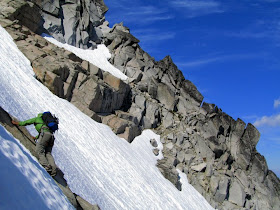 Wearing my windshirt as a little extra warmth and wind protection during a rapid descent off Mt. Stuart in the Cascades in August 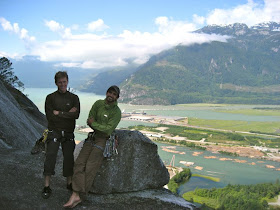 Topping out on a route up Squamish, B.C.'s Lower Apron in July. The windshirt is a perfect "momentarily in the shade and I'm cold," layer. 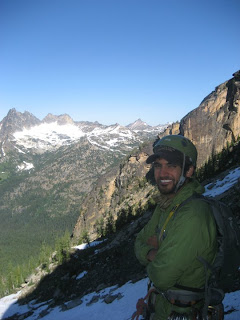 Racked up at the base of a route about to head up into the sun. This climb is the Southwest Rib of South Early Winter Spire in the Washington Pass area of Washington State. I did this climb in July. 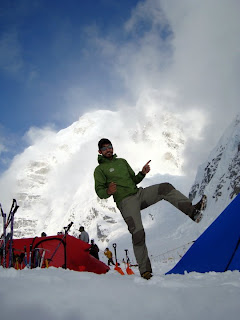 Showing off my tennis shoes at base camp on Denali in Alaska in June. I never took this layer off, even as I went higher. 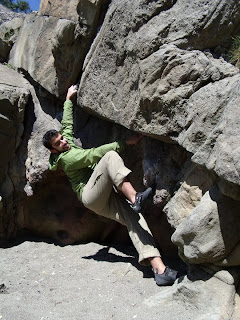 Bouldering on a beach in April. The sun is out but the light breeze made the windshirt a must. 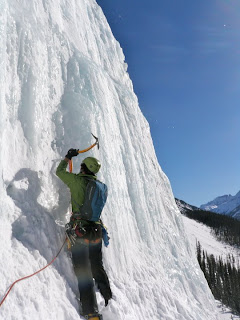 Climbing ice in the Canadian Rockies in February. When it's cold and dry and you're working hard, the Houdini keeps your warm enough without sweating, while keeping the snow/water off your skin! 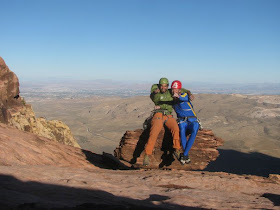 Celebrating a link-up of Black Orpheus and Johnny Vegas to Solar Slab in October (actually on Halloween, hence my buddy's racing suit) in Red Rock, NV. October in the desert can be cold and windy. We were moving fast and simul-climbing most of the route, so the windshirt kept me at the perfect temperature. 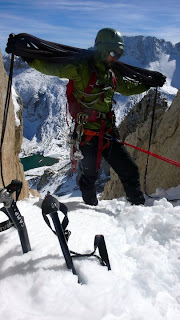 Finishing a climb up a steep couloir in the Sierra of California. It was a cold and snowy september, and with the altitude, I really appreciated that perfectly thin and perfectly light windshirt that added the right amount of warmth and protection from the elements. 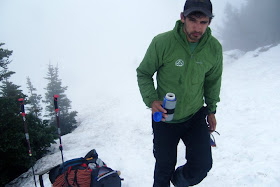 Slogging through some awkward conditions on Mount Rainier in March. It was humid out and I would have sweat too much in a hardshell, hence the windshirt!

So, I'm really sorry about that. I'm even a little sick of looking at myself at this point. But really, I was just trying to prove to you how much I love this layer, and how often I use it. Go and get your windshirt today! I doubt you'll be disappointed.