Welcome to winter! Not the calendar year, of course, but the de facto “winter season” – skiing and ice climbing! I am so excited to spend the winter in a place that has a strong winter. Which means lots of backcountry skiing!

Backcountry skiing is beautiful, but has more risks than resort skiing. The biggest concern is avalanches. In the backcountry, you must make your own decisions – and live with the consequences. As a result, skiers in the backcountry bring an array of tools to assist in the (unlikely, unfortunate) event of an avalanche.

At several ski resorts’ backcountry areas, for example, you are only allowed to “duct the ropes” and enter the backcountry (unpatrolled) area if you have a beacon, probe, shovel, and partners. After all, even if you have the right gear, if you are alone, no one will be there to dig you up should you get buried. Other pieces of gear that have entered into the backcountry skier’s avalanche toolkit are Black Diamond’s Avalung  and BCA’s Float. 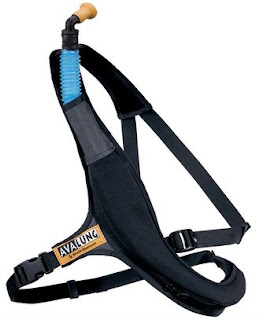 The Avalung is a really cool device. If you are buried and have an Avalung (and are using it properly), you can essentially breathe while underneath the snow. Snow itself has quite a lot of air in it. The Avalung allows you to breathe this air in, and doesn’t create an ice lens near your mouth. If you simply have your hand out in front of your mouth to create a small air pocket (a good idea if you don’t have an Avalung), even with this small air pocket, you will run out of air before long because warm, moist breath will make an ice lens on the pocket and not allow air to pass in.

With the Avalung, however, the air intake and exhaust are in different places, which allows you to breathe for significantly longer. Some victims have been buried for 45 minutes – and remained fully conscious breathing through an Avalung – until their rescue. The Black Diamond website says that the “Avalung can significantly extend your fresh air supply from an estimated 15 minutes to 58 minutes or more – dramatically increasing your odds of being dug out of an avalanche alive.”

So what is it? 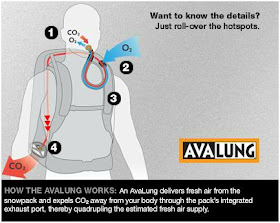 The Avalung itself is quite simple. There is a tube (that looks a bit like a bagpipe mouthpiece) through which you breathe in and out. The intake is in a different place as the exhaust, which prevents using up all the air in one spot and also prevents the ice lens mentioned above.

The standard Avalung weighs a mere 9 ounces and costs about $140 – a reasonable purchase considering its potential benefits. They come in three sizes for different size people.

Important things to know about the Avalung are that:

3. Avalungs come built into backpacks! This is a great solution to the previous problem, since your pack is almost never covered. Make sure to have the Avalung vent areas open (not covered).  Black Diamond makes a line of packs that have Avalungs built-in. The only drawback is that you cannot take the Avalung out of one pack and put it in another. You would have to buy multiple Avalung packs. The line ranges from the tiny 11-L Bandit pack, meant for short jaunts in the sidecountry or heliskiing, to the 43-L Anarchist, perfect for multi-day backcountry tours and ski mountaineering objectives. I look forward to testing out my Anarchist this winter. I’ll post a review when I’ve had enough time using it. 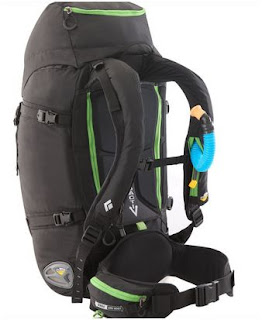 The Anarchist pack, with a built-in Avalung.  Photo from blackdiamondequipment.com

One thing to keep in mind is that this will not make you invincible. Many avalanche victims are injured or killed by the trauma – the force of an avalanche – and not by suffocation. The Avalung will not of course do anything to help this.

You can read more about the Avalung here:
1.     Avalung Basics (click on “more tech info below underneath the picture of the Avalung)
2.     Technical Details and how-to PDF
3.     Avalung Packs