I have attended Red Rock Rendezvous every year since 2003. This year was the ten year anniversary of the event and there is no doubt in my mind that it was the best. Mountain Gear, the event organizer, pulled out all of the stops and put together an absolutely perfect climbing festival.

There are two aspects to the Red Rock Rendezvous. The first is the educational aspect. Mountain Gear brings in nearly sixty climbing instructors, guides and professional climbing athletes to teach clinics in Red Rock Canyon at a highly reduced rate.  These programs include everything from multi-pitch climbing with an AAI guide, to learning big wall climbing from someone like Conrad Anker, to learning how to belay from the likes of Beth Rodden. This is a place to not only learn things, but also to  come into contact with America's climbing royalty.

The second aspect is the front-country party aspect. A great deal of the event takes place at Spring Mountain State Park, a state park inholding within the Conservation Area. The space that we use at Spring Mountain Ranch is perfect for camping in the grass and partying at night.

Following are some photos from climbing around Red Rock during the event: 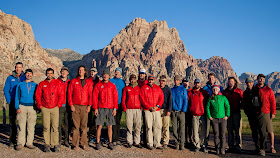 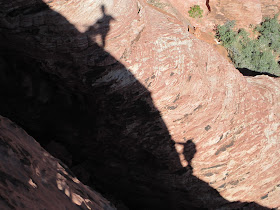 The shadow of two climbers on Sidewinder (5.7) 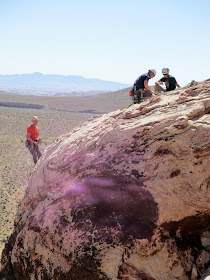 Climbers on Jabba the Hut Rock 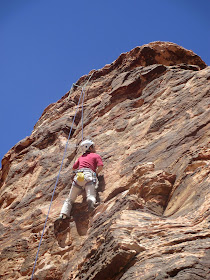 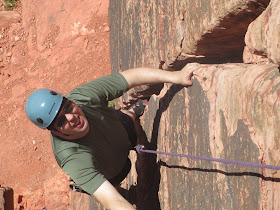 Climbing a 5.6 crack in Moderate Mecca 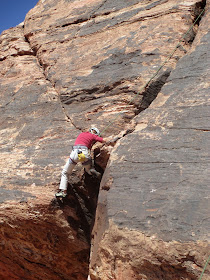 Pulling through a 5.8 roof. 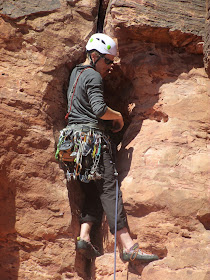 Back at the Spring Mountain Ranch, there was a lot going on during the day: 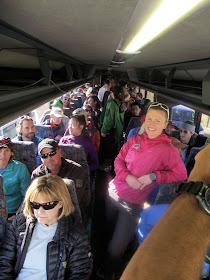 AAI Guide Erin Smart on the bus headed to the crag. 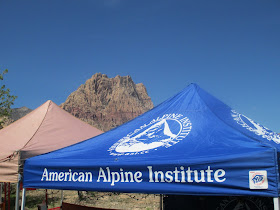 The AAI Booth with Mt. Wilson in the background. 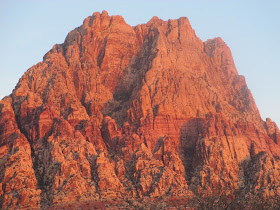 Mt. Wilson in the morning 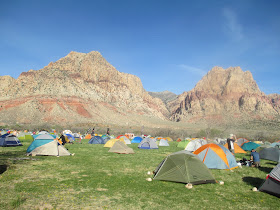 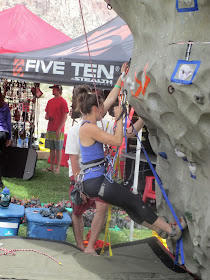 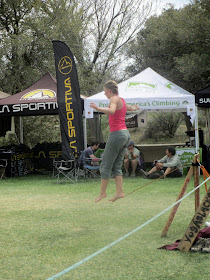 Slacklining is always popular at the event. 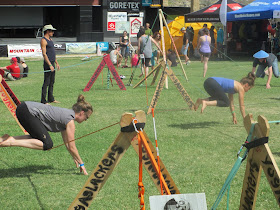 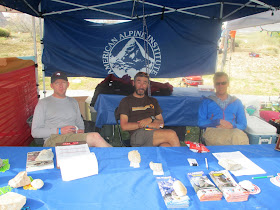 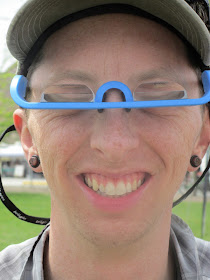 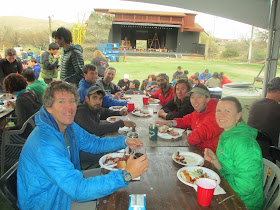 On Friday night, there is generally a small party with a slideshow. However, on Saturday night there's a huge blowout.  This year was the most fun ever because there were so many activities. There was a dyno comp, a tug-a-war, and a "quick-draw rigging competition." In the quick-draw competition, competitors raced to set-up ten draws with carabiners. Whomever set-up the draws first won them.

One of the competitions was built for AAI guides. Mammut set-up a "rope-coiling" race. Competitors had to coil the rope "backpack style," put it on your back and tie it off with a square knot.  There was a competition for both men and women. AAI guide Erin Smart won for the women.

The men's competition was much more contentious.  I took an early lead with a time of 47.9 seconds. Later, AAI Mike Powers beat me with a time of 47.7 seconds. This time was beat by a Red Rock Rendezvous athlete who brought the time down to 40 seconds, but had sloppy coils. After that, I went again and brought my time down to 42 seconds. Neither the athlete, nor any of the other guides beat my time...  So I won the rope! 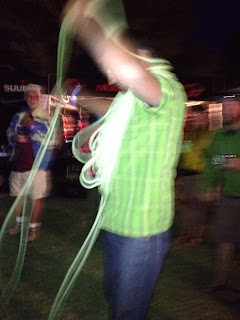 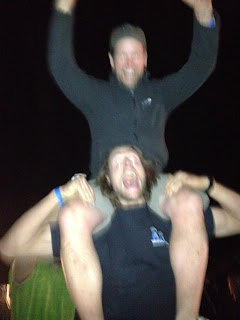 Another innovative aspect of the Saturday party was the photo booth. The North Face set up a photo booth on site where people could come and get their pictures taken together.  The following is a group shot of some of our guides taken at the booth. To see more of these photos, click here. 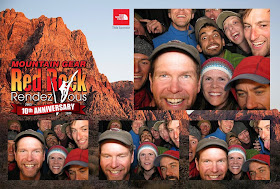