The American Alpine Institute Car Free Ski-to-Sea team was successful. And we all had an awesome, albeit wet, weekend.

Most teams elect to do the race with lots of car shuttling. We decided to forego that and did the entire race using human power, with no cars. Everything was staged with bikes, even canoe and kayak.

Here's who did what:

In addition to the team, Chris and Anna helped out with the transitions. 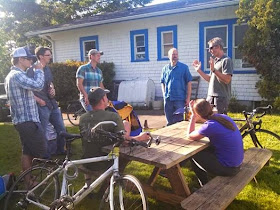 The AAI Team planning for success a few days before the race. 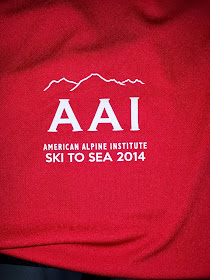 Jeremy had a special t-shirt made for our car free Ski-to-Sea team from Amjay Screenprinting. 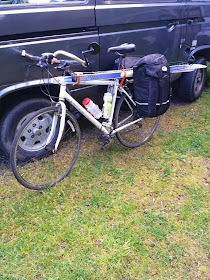 James' bike loaded down for the ride up. 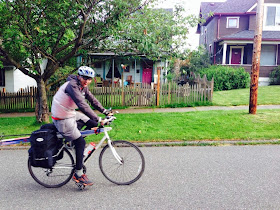 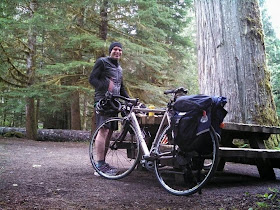 Dan finally making it to the campground at mile 47 at 6am on race day after a flat kept him in Maple Falls overnight... just a 20 mile bike warm-up before his 8 mile warm-up run up hill to the start of his leg! 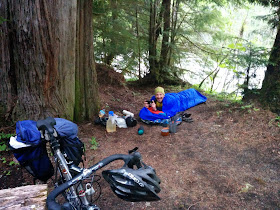 James and I rode our bikes up to the ski area on Saturday and spent the night. Jeremy rode up to milepost 47 and camped. Dan tried to but had bike issues, so slept in Maple Falls. The following morning Dan rode to meet Jeremy at Silver Fir Campground, then ran up and met me as I finished my leg.

The rest of the team made their way to their respective legs early in the morning. 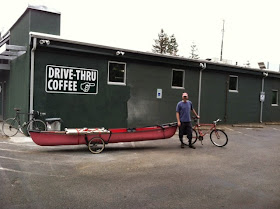 Tom and the Canoe, making a very important morning stop before the race. 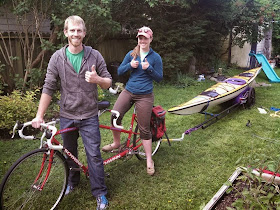 Hillary and Chris about to start pulling the kayak.

The first leg of the race was cross country skiing. James had this leg and can be seen somewhere in this video... 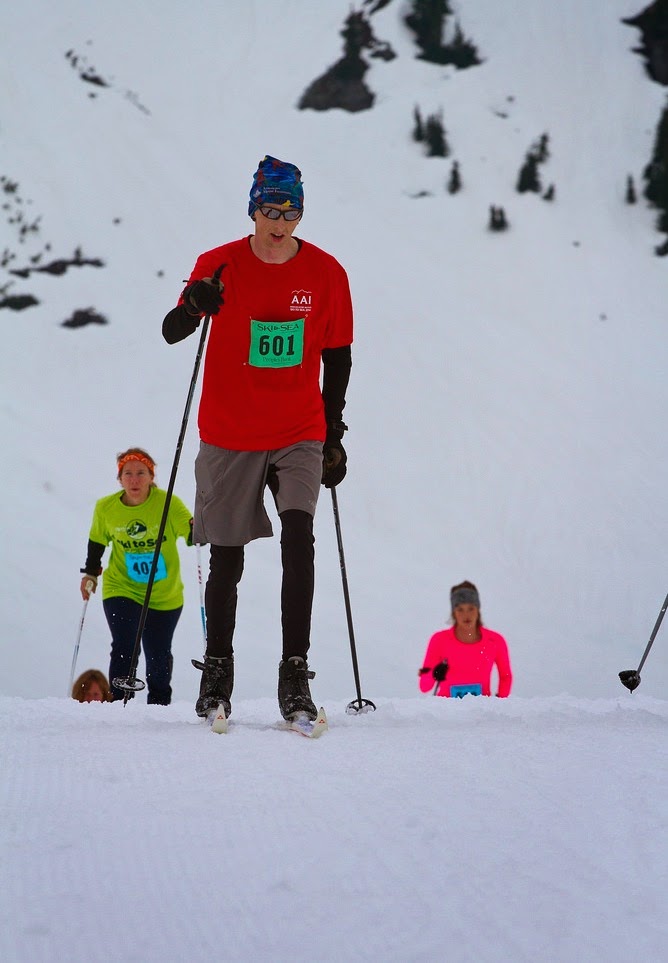 James making his way down the course.

At the end of the cross country ski section, James handed the timer off to me. I then skied down a slope, kicked off my skies and booted up an 800-foot hill. From there I whipped down to the finish line, where I handed the timing chip off to Dan. Unfortunately, the photographers for the Ski to Sea missed me, so no photos of me in action. 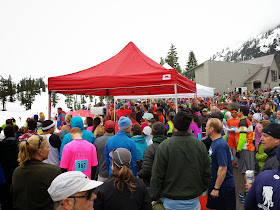 The finish line of the ski leg and the start of the running leg.

Dan had run up the from Mile 47 to the start of the running race and then ran right back down. 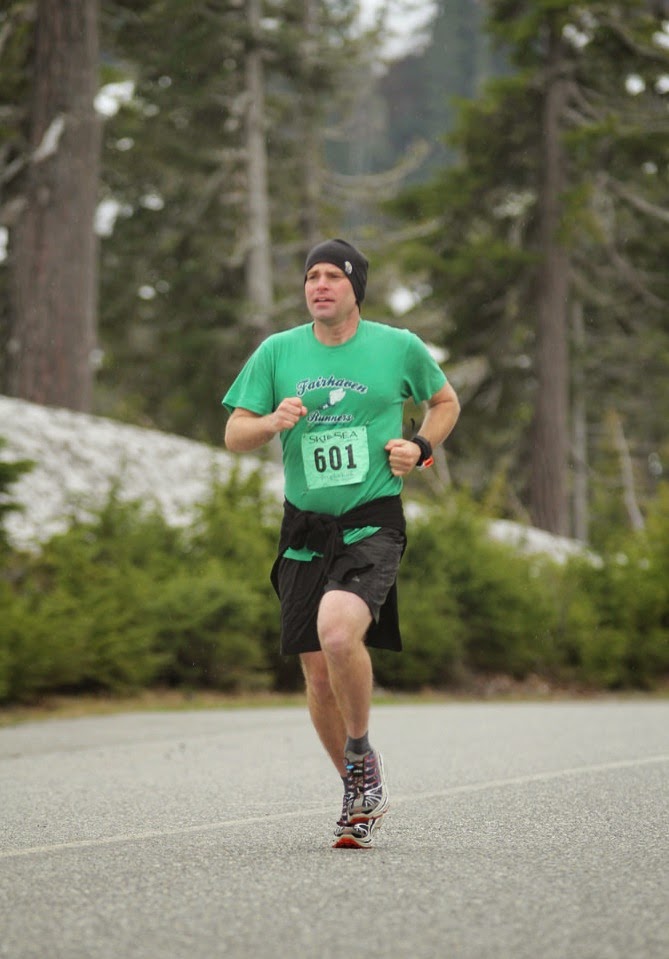 Dan making his way down the mountain.

Dan handed off the chip to Jeremy, who made a very wet and chilly 42-mile ride to the start of the canoe leg.

Waiting for the runners at the start of the bike leg.

Jeremy topping out on one of the numerous climbs.

Tom and Cliff took the chip from Jeremy and started paddling. 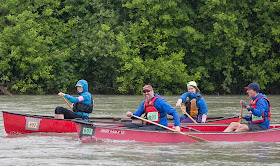 Tom and Cliff on the River. 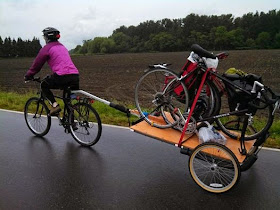 Anna pulling the canoeists' bikes, while Tom and Cliff paddle down the Nooksack River for 18 miles. Anna and Jeremy brought the bikes down to the end of the canoe leg where they met Tom and Cliff again. 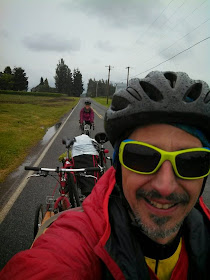 Jeremy pulling the canoeists' bikes and cart... getting warm again!

After the canoe section, Tom and Cliff handed the chip off to Dylan who did a mountain bike ride from Hovander Park to Zuanich Park and the start of the kayak leg. 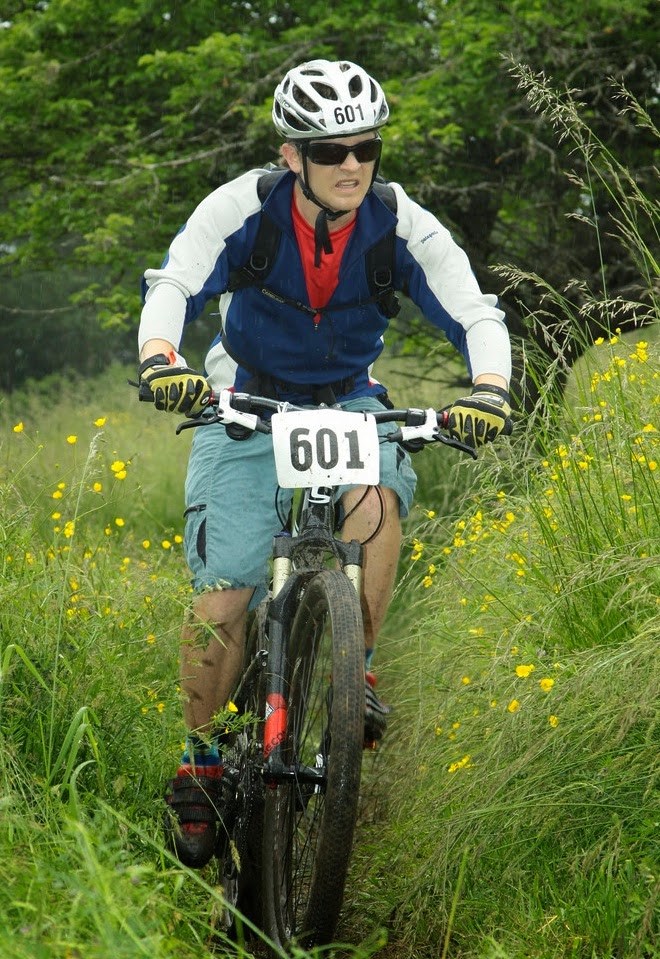 Dylan on the Mountain Bike Leg. 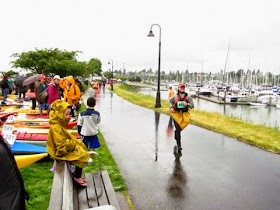 Hillary running to her boat after getting the timing chip. 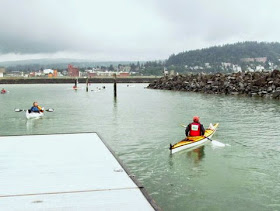 Hillary departing for Fairhaven and the end of the race. 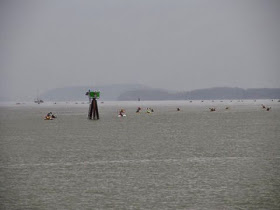 Lots of Kayaks on the Bay racing to the end. 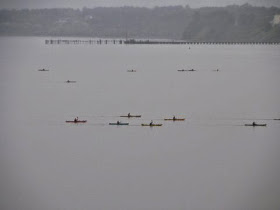 Boats coming into the final stretch. 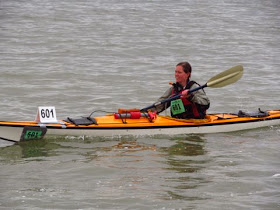 Hillary coming into the finish line.

Hillary, legs numb from sitting in the boat, jumped out and ran up the beach in Fairhaven where she rang the bell and finished the race. Unfortunately, none of us were there to cheer her on. We were still scattered all over Whatcom county. 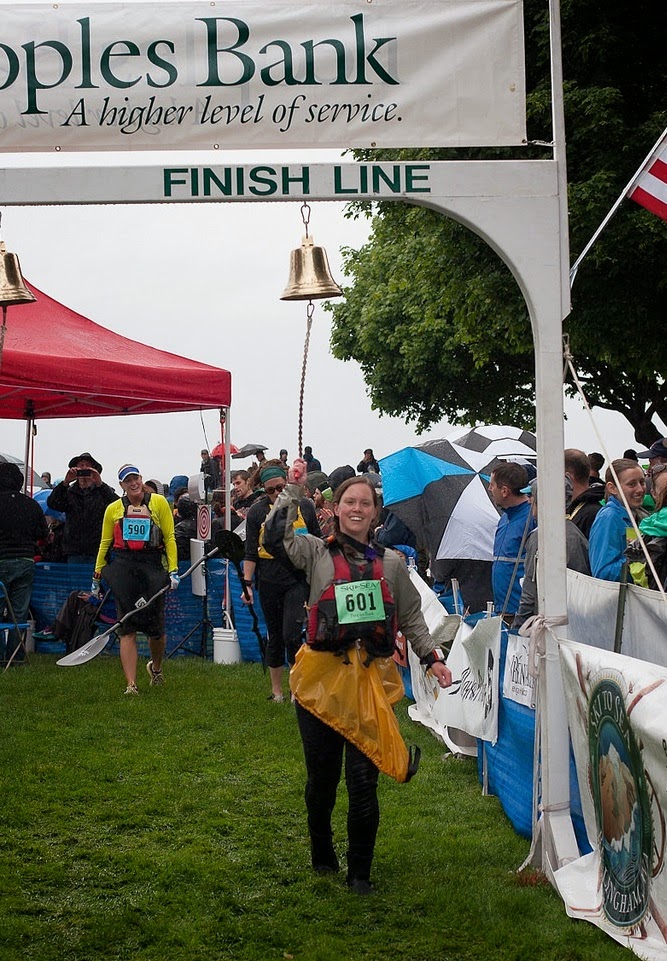 Hillary rings the bell to finish the race.

Though the race was finished, we all had to get our stuff back where it belonged using bikes. James and I both suffered two flat tires each. And the boats were heavier for everybody after the races were done. But that didn't matter...we all had a blast.

We will definitely be doing a human powered Ski-to-Sea adventure again in the future!