Climbing and Outdoor News from Here and Abroad - 1/7/16 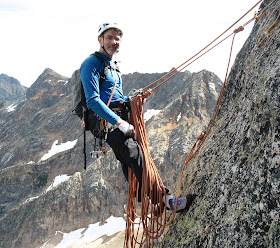 --Doug Walker, a Seattle-based philanthropist and conservationist, was killed in an avalanche on New Year's Eve on Washington's Granite Mountain. Doug was one of those individuals that was at every important event that dealt with outdoor recreation advocacy. He was president of the American Alpine Club, an important contributor to the Access Fund, a chair for the Wilderness Society, and a chairman on the board for REI. These are only a few of the multitudes of places where Doug served the American outdoor recreationalist. He made a deep and abiding mark on the outdoor community. To read more, click here and here.

--A Creston man was recently rescued thanks to RCMP, search and rescue crews, and a very special dog with a keen sense for tracking. On Sunday, December 27th Creston RCMP received a report that a 23-year-old backcountry snowboarder was lost on British Columbia's Thompson Mountain. The Creston man was snowboarding with a friend who was on snowmobile. To read more, click here.


--American Alpine Institute Guide Like Liz Scholarship applications are due on January, 31, 2016.

--Hundreds of miles of forest roads in Washington State may soon no longer exist. The Forest Service says it can't afford to maintain nearly 800 miles of road in the Mount Baker-Snoqualmie National Forest. To read more, click here.

--Skiers and snowboarders were rescued off a stalled lift at Kicking Horse ski resort in British Columbia by helicopter. To see a cool video of a helicopter ski lift rescue, click here.

--A young Northern California girl is recovering from her injuries after falling from a chairlift at Squaw Valley Resort in the Lake Tahoe area. To read more, click here.

--Snowboarders and skiers were evacuated from a Lake Tahoe resort ski lift after one of the chairs fell off Sunday. No one was on the chair when it fell from the cable and no injuries were reported, Heavenly Mountain Resort officials said. The chair fell as it was traveling on the downhill side of the North Bowl lift at 11 a.m. To read more, click here. 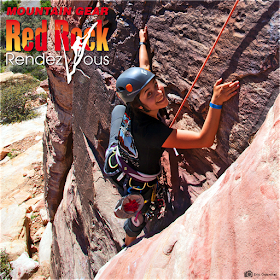 --The 2016 Red Rock Rendezvous has been slated for April 1-3. Come join all your favorite AAI guides at the best climbing event and party of the year! To learn more, click here.

--Carbondale climber, Ryan Jennings, was killed last week when the pillar he was ice climbing, collapsed. It appears that Ryan was rope soloing when the incident took place. The 2-time Mugs Stump award winner leaves behind his wife and two young children. To read more, click here.

--A Colorado man in his 20s was rescued while ice climbing after falling ill, canceling the climb and attempting to self-rescue out of a backcountry area near Telluride last Wednesday afternoon. To read more, click here.

--A snowmobiler was killed in Alaska's Hatcher Pass this weekend. To read more, click here.

--A woman was transported to the hospital Saturday afternoon, after she fell 35 feet to the ground during a rock climbing accident. The San Luis Obispo City Fire Department says the incident happened around 2:49 p.m. at California's Bishop’s Peak. To read more, click here.

--Asheville musicians, along with many friends, family and colleagues of Kayah Gaydish, a mother of two who died in a rock climbing accident in December, will remember her joyful spirit while raising money for her two orphaned children, Caleb and River, this Friday, Jan. 8, in two different music halls. To read more, click here.

--There is a conflict brewing in Utah's Wasatch mountains right now. Several ski resorts would like to link chairs and gondolas. Understandably, backcountry skiers don't want to lose their backcountry access to ski resorts. To read more, click here.

--The Lyman Spitzer Cutting Edge award winners have been announced.

--Three snowboarders are set to be the first western professionals to visit North Korea’s Masikryong ski resort, as part of a tour to the facility in January. Three of snowboarding’s leading names – Terje Håkonsen, Dan “Danimals” Liedahl and Mike Ravelson – will visit the recently completed resort alongside a group of other tourists as part of a trip organised in conjunction with Snowboarder Magazine. To read more, click here.

--Denali National Park and Preserve is taking steps to reduce greenhouse gases and improve wildlife viewing for tourists by switching a portion of its bus fleet from diesel to propane fuel starting this spring. To read more, click here. 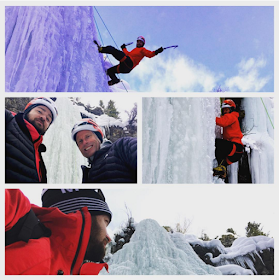 --Actor and musician Justin Timberlake went ice climbing with Conrad Anchor over the new year. It's not clear where the two met up to send the gnar, but we're guessing they were in Montana. To read more, click here.
Jason Martin at 6:00 AM