The 5Point Film Festival is a adventure film festival that has found a home in Bellingham, Washington. The festival - slated to take place from August 25-27, 2016, demonstrates the power of film in relation to outdoor adventure. This is the second year that this festival has taken place in Bellingham and we hope that it continues to find a home here for years to come...

This festival is a celebration of not just film, but of the arts that also celebrate outdoor adventure. Part of this years festival will be devoted to outdoor literature and outdoor authors. Each of the following three authors will provide a presentation at the festival for mountain minded people! 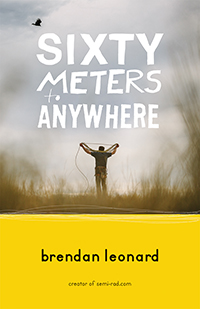 When Brendan Leonard finished substance abuse treatment at age 23, he was lost. He knew what not to do—not drink alcohol and not get arrested again. But no one had told him what it was that he could do. He quickly realized that he had to reinvent himself, to find something other than alcohol and its social constructions to build his life around.

A few years later, Brendan was sober and had completed a graduate degree in journalism, but he still felt he was treading water, searching for direction. Then his brother gave him a climbing rope. And along that sixty-meter lifeline, Brendan gradually found redemption in the crags of the American West. He became a climber, someone who learned to push past fear, to tough it out during long, grueling days in the mountains; someone who supported his partners, keeping them safe in dangerous situations and volatile environments; someone with confidence, purpose, and space to breathe.

Sixty Meters to Anywhere is the painfully honest story of a life changed by climbing, and the sometimes nervous, sometimes nerve-wracking, and often awkward first years of recovery. In the mountains, Leonard ultimately finds a second chance.

Ian Nicholson is one of those people who can never get enough of the mountains. He is so full of stoke that he's literally bursting with it. Ian is a professional mountain guide who operates primarily in the Cascades, but has experience in places like the Waddington Range, Patagonia and the Alaska Range.

Ian's deep understanding of the North Cascades lead him to author the Washington Pass Supertopo guidebook. Washington Pass is one of the most spectacular places in Washington State and Ian's knowledge of the area is literally unsurpassed.

Washington Pass Climbing is the most detailed climber’s guide to what is arguably the best alpine rock climbing area in the Northwest. The book includes 59 of the best routes in the area and Nicholson climbed and photographed every single one to ensure accuracy of the information. Nearly 20 of the routes have never before been covered with a published topo.


Washington Pass Climbing includes formerly obscure climbs and variations of all grades to provide more options for avoiding crowds. Included routes feature everything from short 4th class scrambles to 5.13 big walls. While the book features many hard test pieces in the region, there is a generous selection of moderate multi-pitch climbs in the 5.6-5.10 range. 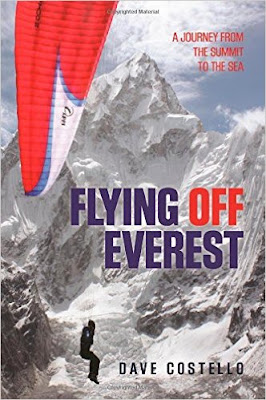 Perched impossibly on a ridge overlooking a 10,000-foot drop into Tibet, Sano Babu Sunuwar and Lakpa Tsheri Sherpa wait. Heel to toe, connected at the waist by a pair of carabineers that's connected to nothing else, they stare down the North Face of Mount Everest, a red and white nylon tandem paragliding wing fluttering behind them. They know that jumping off the top of the world marks only the beginning of a longer, more audacious journey. And they know that the two-mile ride down Everest will be the easiest part. If the jump doesn't kill them.

In April 2011 the two unsponsored Nepalis set out on an unprecedented expedition to climb Everest, paraglide from its peak, and paddle nearly 400 miles to the ocean. Little problems wouldn't stop them. Like the fact that Babu had no technical climbing experience. And that Lakpa had never been kayaking—or swimming. But after summiting, surviving their flight off the world's tallest mountain, and being arrested, robbed, and nearly drowned--repeatedly—the two friends discovered their adventure had only just begun.