--The Global News is reporting, "Search and rescue officials say a climber is lucky to be alive after falling while attempting a free-climb at Crawford Falls in Canada's Kelowna. The incident happened Saturday when the man was hiking along the Crawford Falls trail and decided to attempt the climb. He fell 30 feet." To read more, click here. 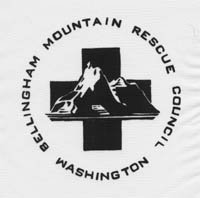 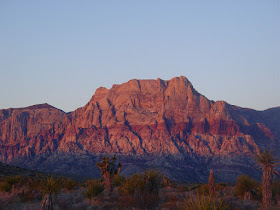 Red Rock Canyon in the Morning

--Red Rock Canyon is under threat, yet again. Developers would like to build thousands of houses literally across the street from the iconic climbing area. To undermine this movement, please sign this petition and try to stop the development. Pavement is forever...

--A former university professor has just published a book on the 1993 canyoneering tragedy in Zion National Park. The Kolob Tragedy tells the story of the incident, the deaths and the rescue that followed. To read more, click here.

--Fox 31 in Denver is reporting, "A 16-year-old boy involved in a deadly collision on the slopes at Breckenridge Ski Resort is being sued for wrongful death. John Sherwood, 43, from New Jersey died after the collision on the expert trail Tiger Run on April 4. It happened under the Peak 8 Super Connect chairlift near tower No. 25. According to the lawsuit, the teen from New Hampshire was above Sherwood on the trail, was skiing at a high rate of speed and crashed into Sherwood from behind." To read more, click here.

--According to the Calgary Herald, 27-year-old Trevor Sexsmith died in an avalanche on Mt. Victoria in Banff National Park on Sunday. Sexmith and his ski partner set out in the morning to ski Mt. Victoria but turned around mid-way due to strong wind and bad weather. They descended the same route they climbed. To read more, click here.