Climbing etiquette is a weird and wiley thing. What is acceptable in one area may not be considered acceptable in another. What is common practice in one spot, may be looked upon with horror in another. In the larger climbing world, there are millions of etiquette questions, but on a glacier there only tends to be a few. 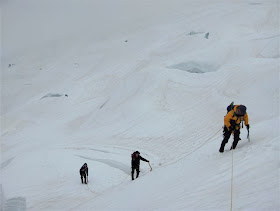 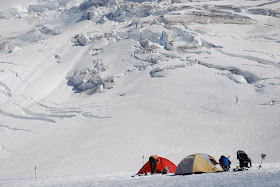 On expeditions or on big mountains, sometimes you can put your waste in a crevasse, but you should pack out your toilet paper. On smaller glaciated peaks, you should use a Wag Bag or the equivalent and pack everything out. On mountains like Mt. Baker and Mt. Rainier, all waste should always go out with you. If you are incapable of doing this, then you shouldn't be in the mountains.