Climbing and Outdoor News from Here and Abroad - 8/1/19 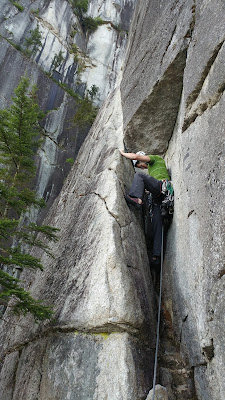 --"The District of Squamish has adopted a camping bylaw intended to direct camping within the municipal boundary to designated campsites, and enable recreation-driven camping in a way that mitigates social and environmental impacts. The bylaw provides the District of Squamish with a tool to enforce no camping restrictions within a Camping Bylaw Zone, identifying sensitive areas along the Mamquam Forest Service Road and Powerhouse Springs Road, and the Squamish Estuary and Spit." To read more, click here.

--This is by far the coolest El Cap imaging project that's ever been done. Every nook and cranny can be seen in the image...and you can see the climbers that were on the wall when they were taking the photos too.

--Powder is reporting that, "Big news from Tahoe camp, as the hotly-contested base-to-base gondola connecting Squaw Valley and Alpine Meadows was unanimously approved by the Placer County Board of Supervisors this week." To read more, click here.

--The Los Angeles Times is reporting that, "The status of a U.S. Navy pilot whose F/A-18E Super Hornet jet crashed in Death Valley National Park on Wednesday morning remains unknown nearly a day later. The plane went down about 10 a.m. near an area often referred to as Star Wars Canyon, not far from the Naval Air Weapons Station China Lake. Seven visitors suffered minor injuries, but the pilot was missing." To read more, click here.

--Taos News in New Mexico is reporting that, "it was a skier who unintentionally triggered the avalanche in Taos Ski Valley in January that resulted in the deaths of two young men, according to a Forest Service report obtained by the Taos News Tuesday (July 16). The avalanche occurred at approximately 11:34am on January 17th in the K3 chute of Kachina Peak. Matthew Zonghetti, 26, of Massachusetts, and Corey Borg-Massanari, 22, of Colorado, were transported to hospitals and died from avalanche-related injuries." To read more, click here.

--A climber was killed in a fall in Rock Canyon near Provo this week. To read more, click here.

--Logging, mining and off-road vehicle use are all written into Bear's Ears new management plan. But you can protest. To learn more, click here.

A woman was killed last week while trying to cross the Teklanika River in Alaska. The 24-year old died trying to get to the "Magic Bus," the bus where Chris McCandless starved to death in 1992. McCandless' ordeal was chronicled by John Krakauer in the book Into the Wild, which was followed by a film made by Sean Penn of the same title. There have been several SAR incidents revolving around people attempting to reach the bus. To read more, click here.

--Last week a nine-year-old girl was gored by a bison in Yellowstone National Park. The animal literally threw her into the air. The following news report doesn't really do justice to the reality of this situation. There are several images of dozens of people mere feet from a thousand pound animal. And indeed, they even show a selfie from a woman who had been gored in a different incident with a bison in the background. If you can take a selfie with an animal...it can mess you up. That should be a core thought around any type of wildlife.

--So a the chair on a ski left fell off the cable last week in Australia. The skier and the chair plummeted 30-feet into the powder below. Luckily, the rider sustained some bruises, but no other real injuries. To read more, click here.

--The Metrowest Daily News in Massachusetts is reporting that, "the family of a Hudson boy who was seriously injured at age 12 in an estimated 30-foot fall from a moving chairlift at Wachusett Mountain Ski Area in Princeton in 2015 has been awarded $3.3 million in a jury verdict against the ski area operators, a lawyer for the plaintiffs said." To read more, click here.

--Gripped is reporting that, "the John Lauchlan Memorial Award is a cash award designed to assist expeditions of Canadian mountaineers and explorers, which is accepting applications for end of 2018 and 2019 expeditions." To read more, click here. 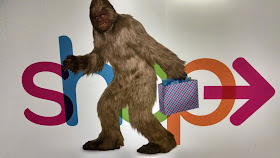 --So there was a guy in Kentucky shooting his gun at everything that moved because he thought he was tracking Bigfoot. This happened near a young couple camping. Sketchy. To read more, click here.
Jason Martin at 6:00 AM