Between Vancouver, British Columbia and the Whistler-Blackcomb ski resort lies one of the best rock climbing playgrounds in North America. Squamish, sometimes referred to as the "Yosemite of the Northwest," is home to hundreds - if not thousands - of spectacular routes, many of them moderate, and most of them easily accessible.

In the early nineties as I learned to climb, I spent a lot of time on the cliffs and crags of Squamish. When I was twenty years old I climbed Diedre (5.7, II+) for the very first time. And at that point in my climbing career, the ascent was life-changing. I had never really done anything longer than two pitches prior to that, and so the completion of a six pitch moderate route was a major achievement.

Diedra was put up in the early sixties on a formation in Squamish called "The Apron." There are a number of moderate routes on The Apron as it is a lower-angled formation. Diedre climbs through some slabs to attain a beautiful corner crack, which you follow for three pitches.

The climbing is never terribly hard, but it is exhilarating. The views of Howe Sound, the Stawamus Chief and nearby Mt. Garabalidi are absolutely stellar. 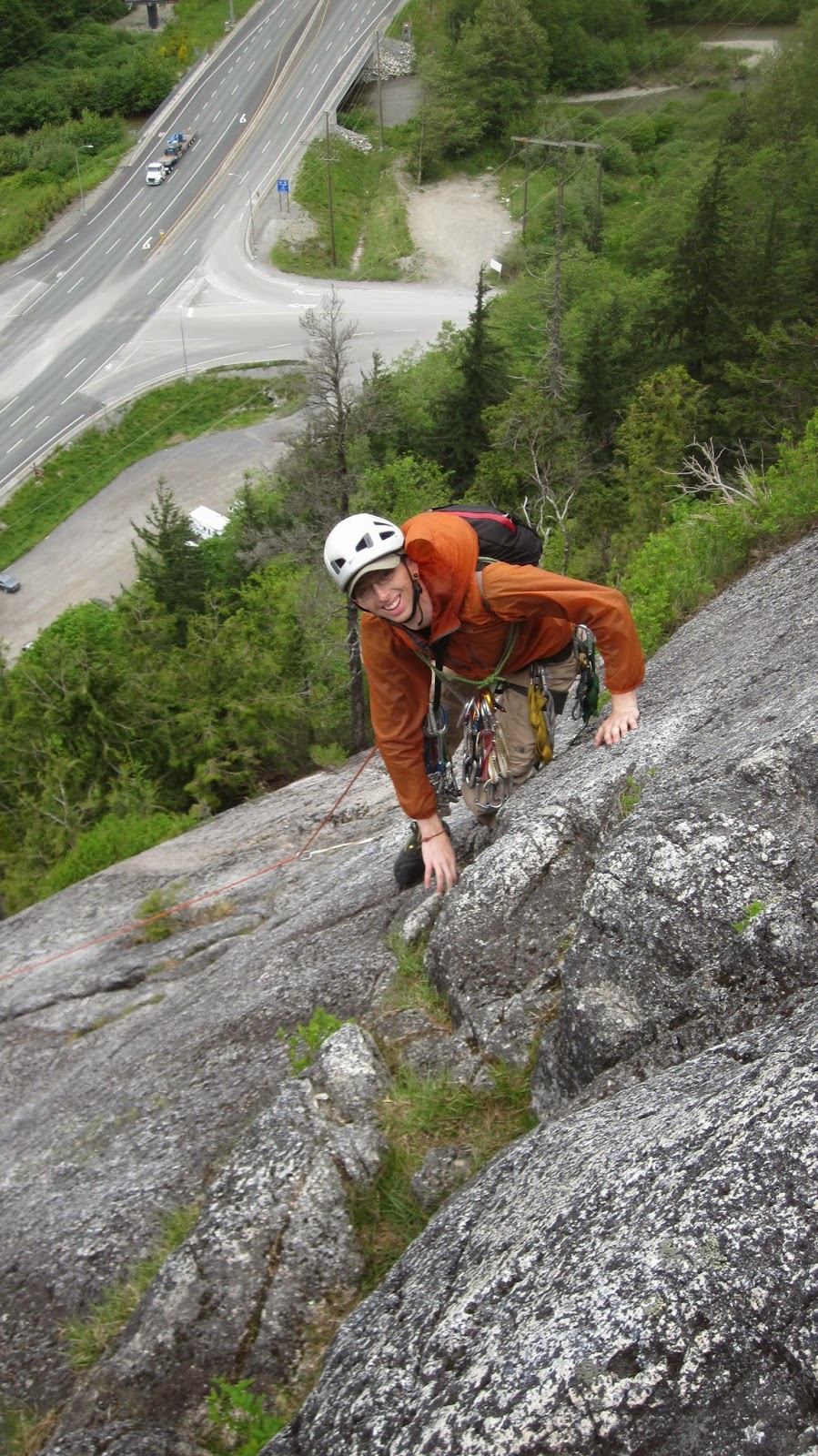 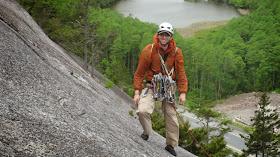 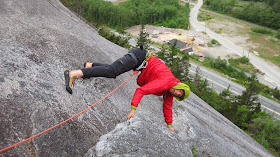 AAI Guide Tad McCrea, being a doofus, on moderate ground. 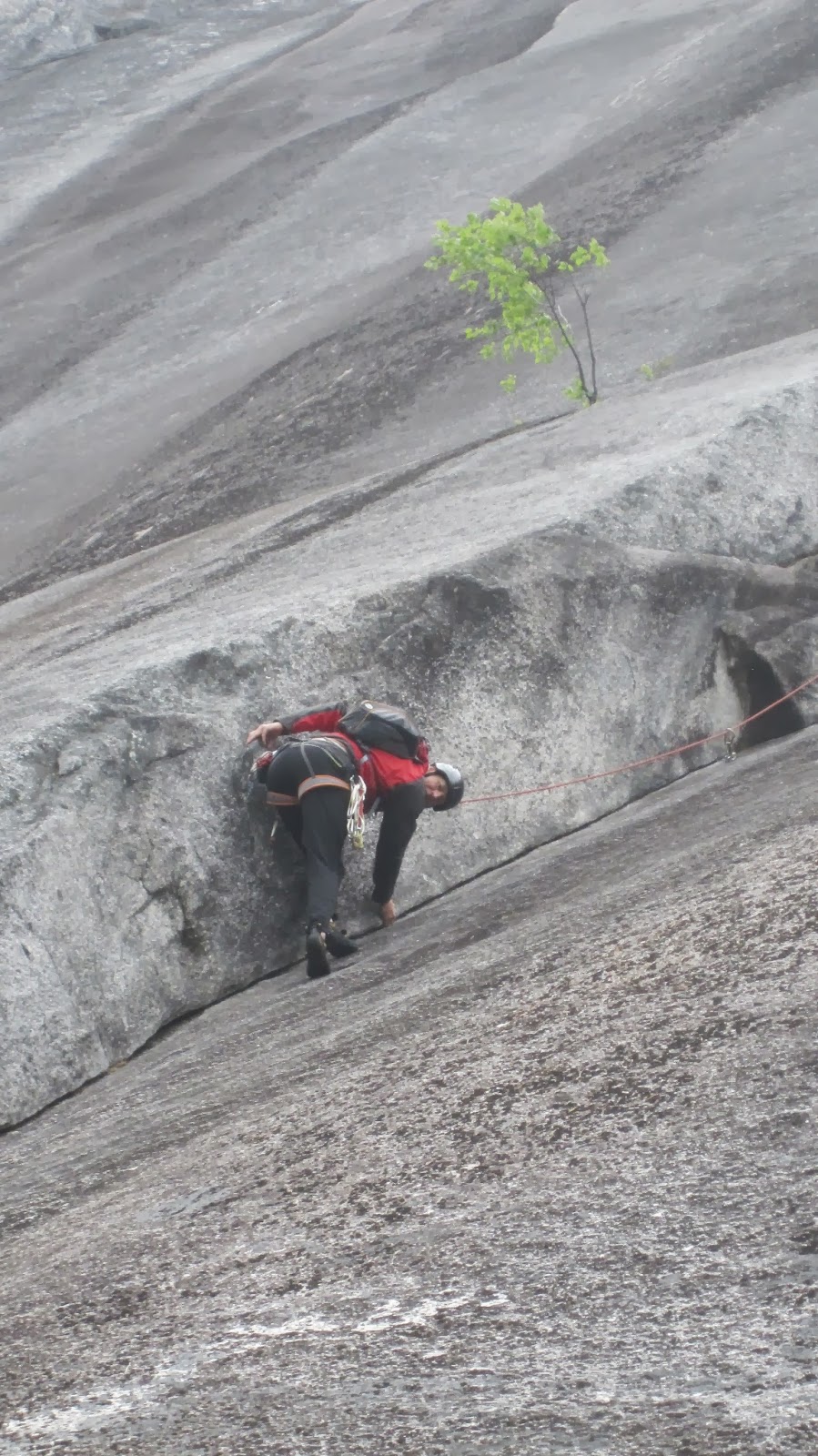 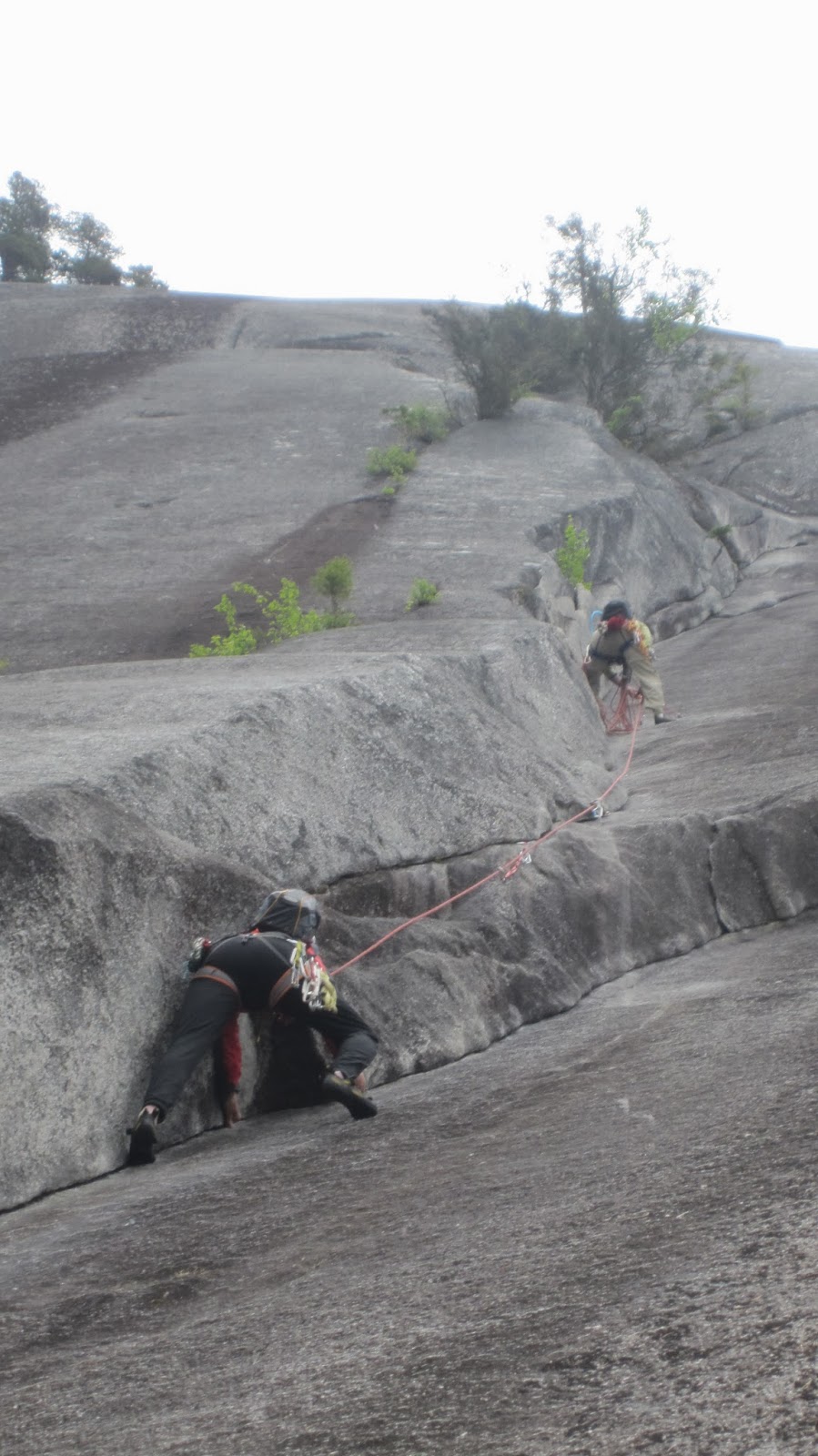 Another shot of pitch 3. 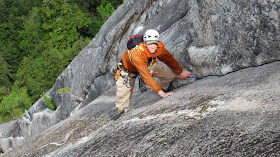 James, getting after it! 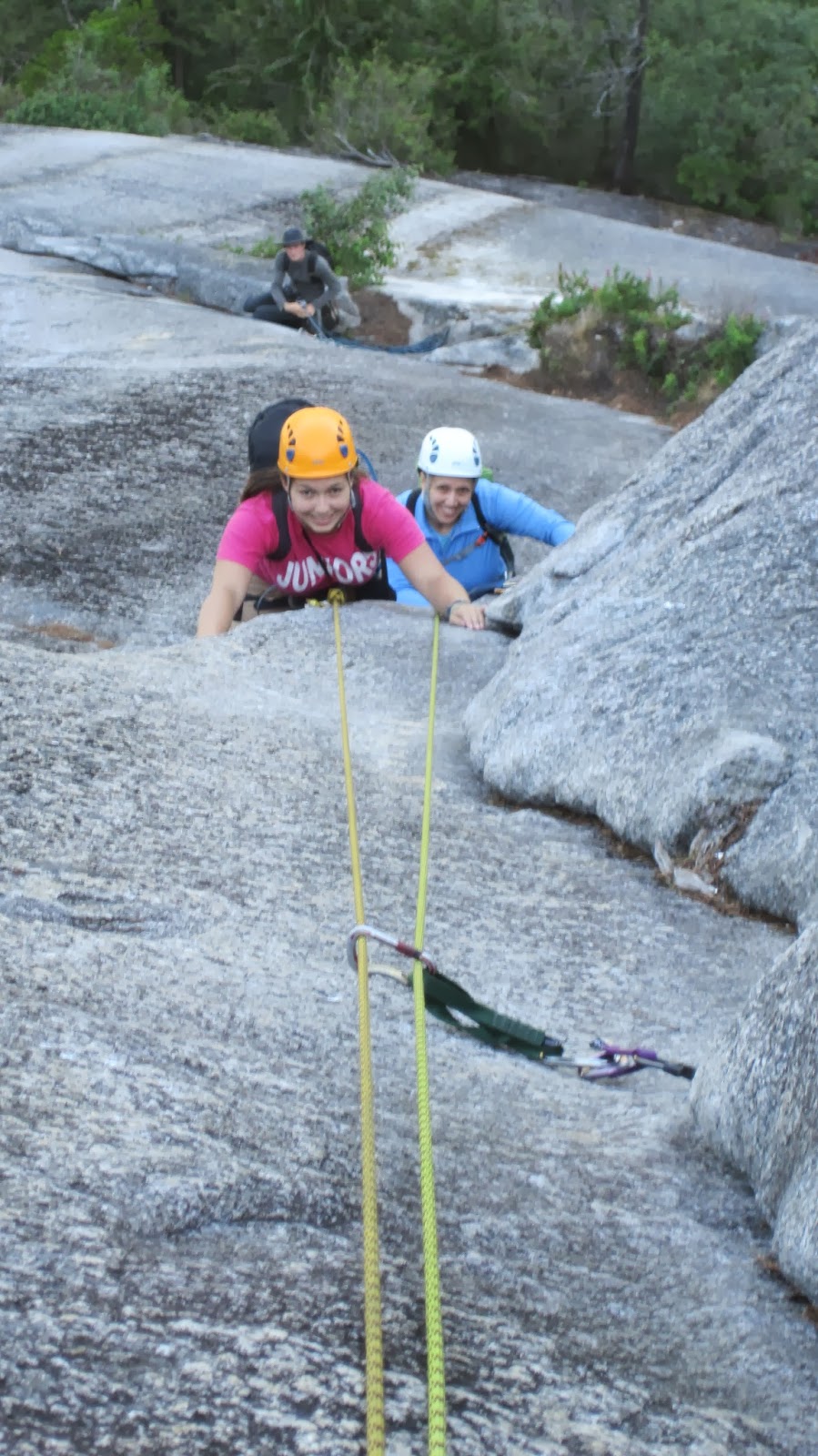 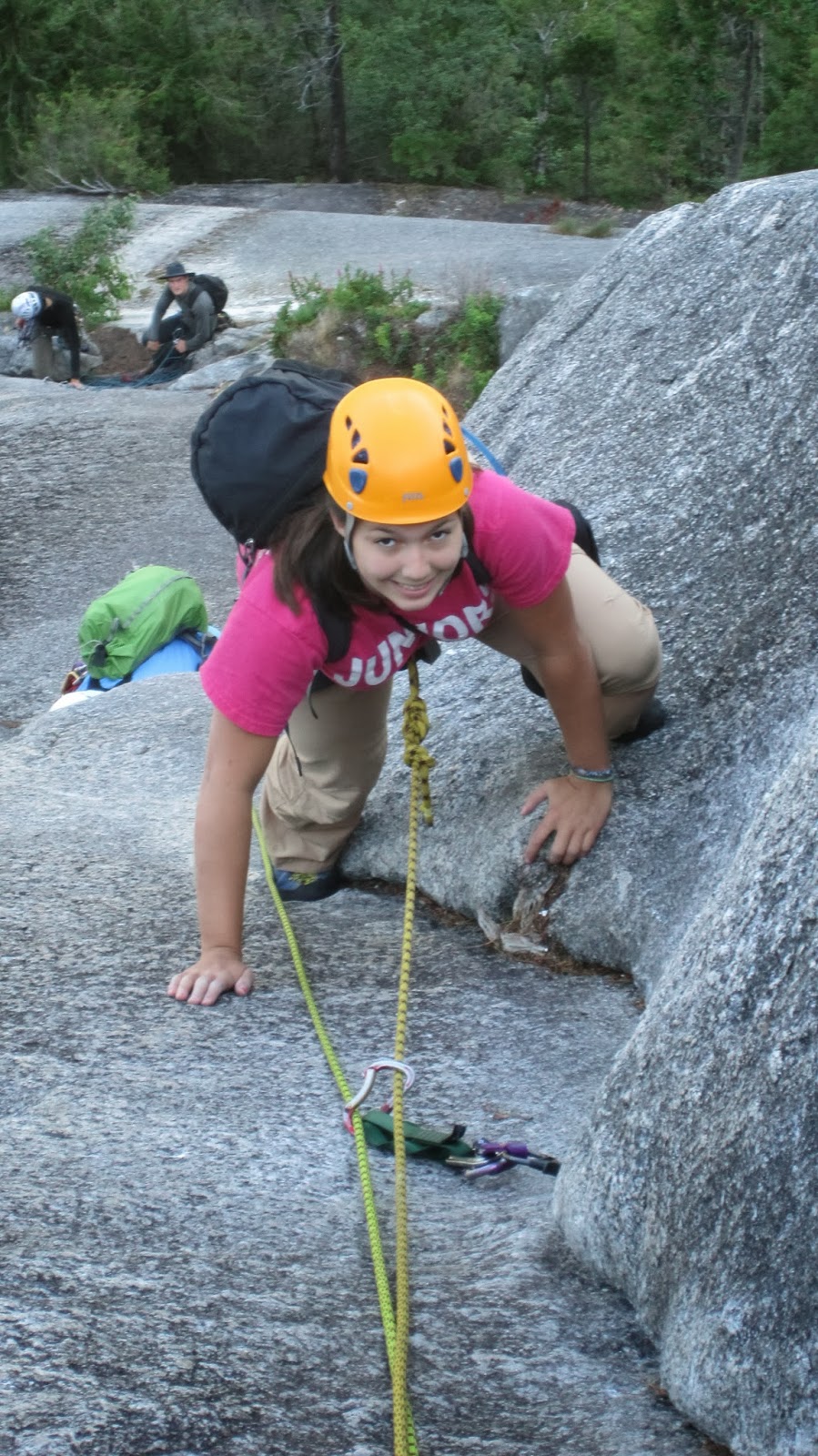 Near the anchors at the top of pitch 4.

I have climbed Diedre at least twenty times over a timeframe exceeding twenty years. And I never get tired of it. The route seems fresh every time. Writing this today makes me wistful for the route. I can't wait to go back and climb it again...