Climbing and Outdoor News from Here and Abroad - 1/7/21

--A skier died last week after falling into a tree well near Whistler. It's important to be constantly vigilant of this threat if skiing alone inbounds, and it's always best practice to ski with a partner in the backcountry. To read more, click here.
--Access to the mountains on the east side of the Cascades is decreasing. From the Washington DOT: "the east side closure point on SR 20 North Cascades Highway will move from Silver Star Gate at milepost 171 to Early Winters at milepost 177. The change in closure point is due to increasing winter conditions and allows maintenance crews to focus snow and ice control elsewhere. The road will be gated, and a snow berm will be constructed at the closure point. Recreationalists should plan accordingly, as vehicles will not be able to access the highway past the closure point beginning Wednesday morning."
--The Pacific Crest Trail Association is reporting that, "The September 2017 fire that swept through the Columbia River Gorge temporarily closed 10 miles of the Pacific Crest Trail and a popular PCT alternate route, the Eagle Creek Trail. Pacific Crest Trail Association volunteers were able to reopen the PCT quickly, but the Eagle Creek Trail, which follows a steep and beautiful canyon, just reopened on Jan. 1." To read more, click here.
--The Bonner County Daily Bee is reporting that, "The Idaho Panhandle Avalanche Center issued a warning early Tuesday morning recommending against travel in slide-prone areas of the Selkirk and Cabinet mountains. The warning comes after an alpine skier caused a slab avalanche slightly below the summit of Blue Mountain, a popular backcountry destination on the northern side of Schweitzer Mountain Resort." To read more, click here.
--A group of snowmobilers had a close call with an avalanche this weekend near Calispell Peak in Northeastern Washington. There were no injuries, and the person caught was rescued immediately, but it took some time to find his snowmachine. To read more, click here. 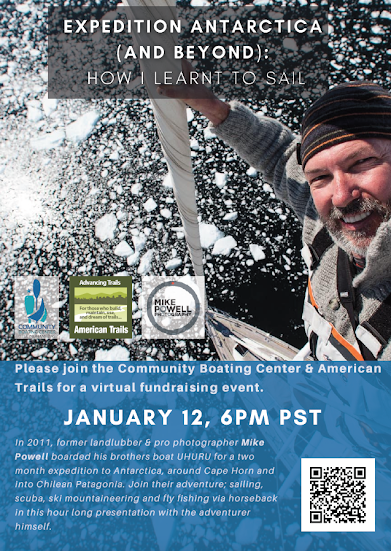 --NPR and others are reporting that, "He was the last surviving member of the first climbing team to scale El Capitan in Yosemite National Park. And he spent his life fighting for conservation, protecting the Sierra Nevada in California. But on New Year's Day, famed climber George Whitmore passed away at 89 due to COVID-19 complications, his wife Nancy told NPR." To read more, click here.
Desert Southwest:

--The Las Vegas Review-Journal is reporting that, "Outdoor recreation in Nevada in 2019 accounted for nearly $5.5 billion in economic output, up from roughly $5.2 billion in 2018 and $5.1 billion in 2017, according to data released in November by the U.S. Department of Commerce’s Bureau of Economic Analysis." To read more, click here.

Notes from All Over:
--Climbing posted their annual "Climbers we Lost" article this week. Please take the time to look at the list. Every one of these people were loved deeply by our community.
--Alaska Native News is reporting that, "Alaska Air National Guardsmen of the 176th Wing rescued a fallen ice climber Jan. 2 at Chugach State Park near Anchorage. Alaska Air National Guard Tech. Sgt. Katie Magnuson, Alaska Rescue Coordination Center search-and-rescue senior controller, said the Alaska State Troopers requested assistance from the AKRCC reporting that the climber fell approximately 40 feet and suffered an injury." To read more, click here. 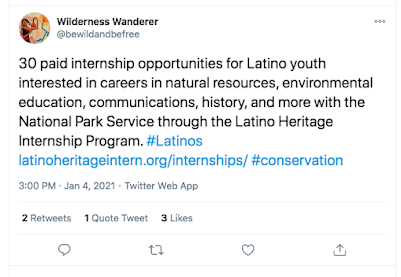 --This is a great piece on Deb Haaland, the Native American woman expected to be the new Secretary of the Interior.
--Employees at Hunter Mountain Ski Resort in upstate New York seems have been hit with a COVID outbreak. We don't know the details here, but many resorts have employee housing and struggle to keep people safe:

--Gripped is reporting that, "the Edmonton Ski Club is building an arificial ice climbing wall with the Edmonton Alpine Club of Canada (ACC) section. Edmonton houses hundreds of ice and rock climbers who visit the mountains weekly" To read more, click here.
--Permits will be available for thru-hikers in 2021 on the PCT. To read more, click here.
--SGB Media is reporting that, "Garmin International and Garmin Services, units of Garmin Ltd., announced the acquisition of substantially all the assets of GEOS Worldwide Limited and its subsidiaries. A privately-held provider of emergency monitoring and incident response services, GEOS Worldwide operates the International Emergency Response Coordination Center (IERCC), the nerve center for SOS rescue efforts triggered by Garmin’s inReach personal satellite communicators. The IERCC’s response coordinators have fielded more than 83,000 emergency incidents around the globe since 2007, including more than 5,000 SOS incidents generated by Garmin customers." To read more, click here. 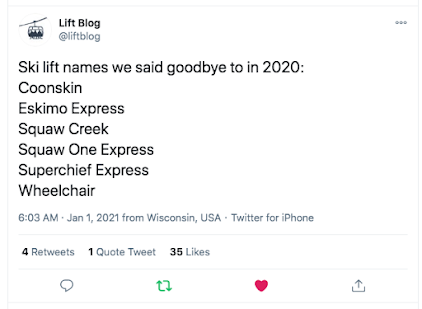 Thankfully, the ski industry has taken a hint from some of
the controversy around inappropriate climbing route names.
--So there's some kind of smartphone app that allows you to play a climbing game. A writer at Gripped downloaded and played the game. Here's his review...
Jason Martin at 6:00 AM