For a very very long time, guides used MSR Whisperlites with near exclusivity. Why? Primarily because these stoves provided two large advantages: 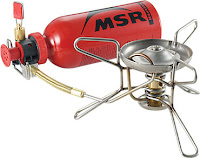 There are some disadvantages to a Whisperlite to:
These disadvantages brought most guides to a point where they became quite interested in alternatives. The first real alternative to make waves was the Jetboil. I remember my first encounter with this product...suprisingly, I wasn't impressed.

It took me a little while to warm up to this new system. I really liked the way that the whole system could be packed into the mug-shaped pot. It seemed convinent. But initially I wasn't impressed by the lack of a windscreen, the need for canister fuel, or the need to keep the canister off the snow in order to make it work well.

It was working with a guide who used the Jetboil constantly that turned me. He would climb an ice route and hang it at the top of a pitch, throw some ice chips in there and then have tea before continuing to climb. He was easily able to carry the stove around while it cooked food or boiled water...and speaking of boiling water, it was really fast. He could cook in the tent (not the vestibule) with the door open to vent fumes. And the pot itself was designed to double as a mug.

I became a big fan of the Jetboil shortly thereafter. I haven't gone back to the MSR Whisperlite simply because I have far too many bad memories of trying to get my stove to work in the cold or, honestly, trying to get it to work at all. 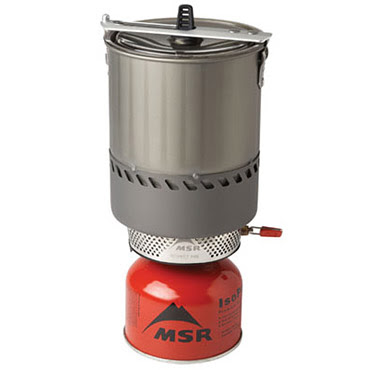 In all fairness, MSR has come out with its own answer to the Jetboil. Though I haven't used one yet, the MSR Reactor is considered to be a comparable product. Some say it's better. But I'm a bit stubborn. It takes a lot to get me to change. I will probably have to see a guide do something cooler with the Reactor than to simply hang it at the top of an ice pitch before I try it. I'll probably have to see it carry my pack or something.