There has been a lot of talk in the industry lately about fixed-point belay techniques. Many guides are beginning to employ these techniques on ice climbs and on sketchy alpine climbs.

Essentially a fixed-point belay is a lead belay directly off the anchor, as opposed to the more standard belay technique of operating a device off one's harness. The idea is that a lead fall simply doesn't impact  the belayer the same way that a lead fall impacts him or her in a normal setting.

At a guide training in 2008, a number of our guides experimented with this technique, finding mixed results.  We found that both a tube style device and a munter-hitch worked well, but not so much for a GriGri.  Assisted locking devices seem to transfer a lot more force into the falling person and without movement in the anchor, this resulted in a painful fall for our leader.

The Association of Canadian Mountain Guides (ACMG) has put out a video on this particular technique.  It is a long and comprehensive video on the subject, but it is very good. Please see it below:

The French Guide Training organization, ENSA has also put out a comprehensive video:

At a 2014 AMGA training we experimented with this technique some more and decided that using a tube-style device wasn't appropriate at all. The best application appeared to incorporate the use of a munter-hitch. 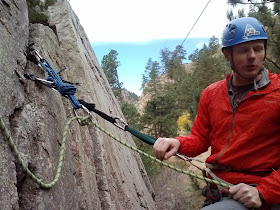 In the photo above, we built a separate anchor from the anchor the climber was belaying on. We found that when an individual took a leader fall, it was easier to manage if your hands were far away from the munter-hitch. If your hands were close, you got pulled up into the anchor more easily. Additionally, the fall was greater because the anchor moved up substantially before catching the falling climber. 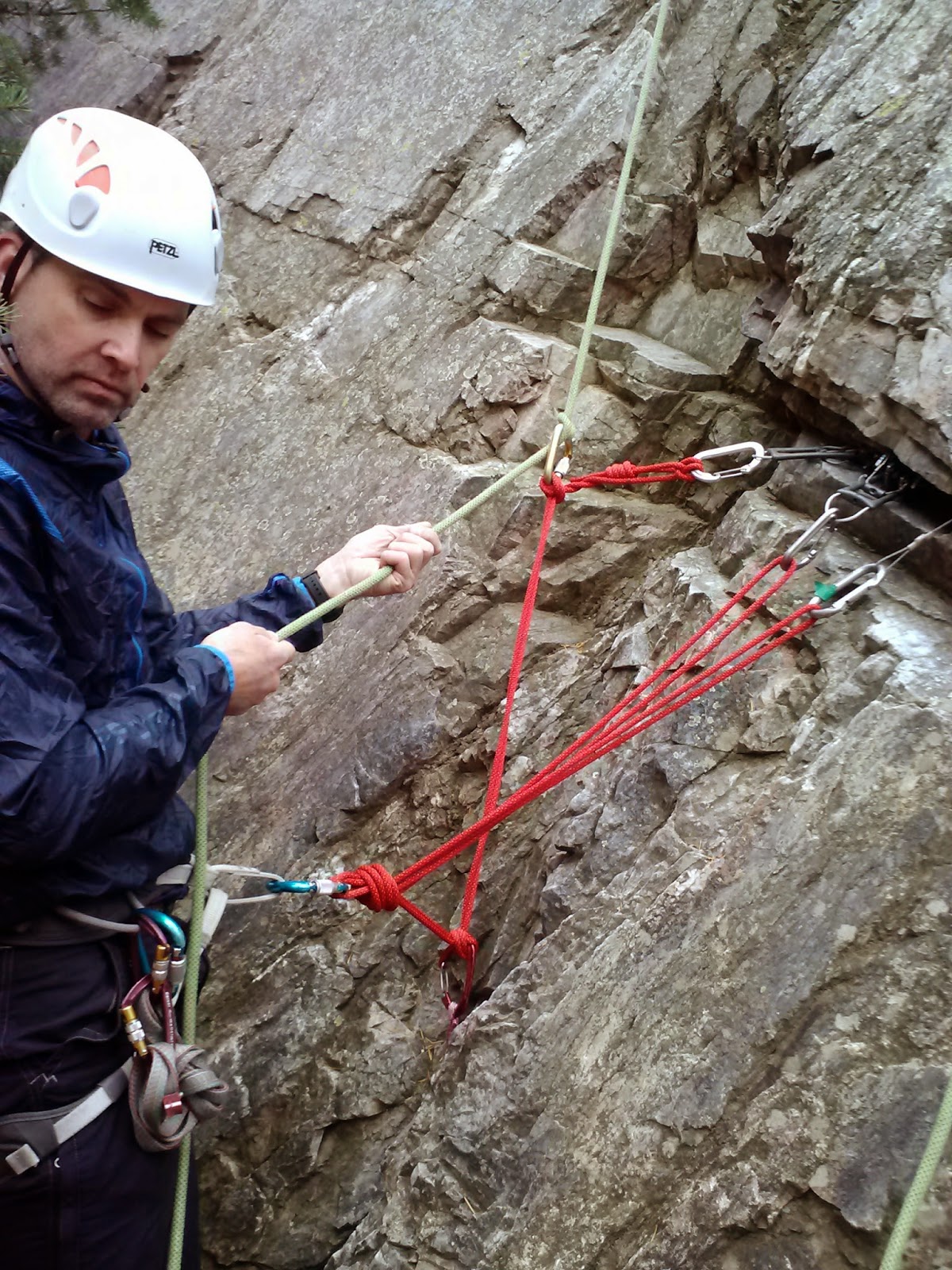 In the photo above the belayer has just held a fall on a fixed-point system. This system with a piece designed specifically to deal with the upward pull was easier to manage.

So why would you use this system?

It is a very guidey thing to do and it does require one to learn a new belay technique, so it doesn't make much sense...unless you're working with significant weight differences in a multipitch setting. If you intend to take children or small teens up a multi-pitch route, a leader fall may be so dramatic that they get pulled into the anchor and let go. This negates that possibility.

And while there aren't that many uses for a fixed-point anchor, it is one of those things that when you need it...you really need it...