Climbing, Coronavirus and Outdoor News from Here and Abroad - 3/26/20

--The Washington Department of Natural Resources closed trails and campgrounds.

A large glide avalanche in the Mt. Baker Backcountry.

--The Northwest Weather and Avalanche Center has suspended operations.

--Yosemite is closed. As is Sequoia and Kings Canyon.

--Red Rock Canyon National Conservation Area is "closed." In other words, all the facilities and the scenic drive are closed, but it is still possible to hike on trails. Keep your social distance though!

--Joshua Tree National Park is closed to all but foot and bike traffic. But it is still crowded.

--Out There Colorado is reporting that, "a rock climber was rescued after dark on a steep slope near Morrison, Colorado on Thursday. The West Metro Fire Rescue responded using a complicated, multi-tiered rope system to reach the climber who took a fall from a rock face about a mile up the trail." To read more, click here.

--Unofficial Networks is reporting that, "San Juan County, Colorado has banned all forms of backcountry recreation including skiing. The ban comes following huge numbers of skiers and riders taking to popular backcountry locations across Colorado." To read more, click here.

--Eight people have been caught in avalanches this week in Colorado. To read more, click here.

--This is really not the time to be calling on Search and Rescue. Nearly 40 SAR volunteers were required in an avalanche rescue in Colorado this week. To read more, click here.

--Over the weekend the Colorado sun reported on a flurry of people accessing closed resorts on touring skis: "Across Colorado, the sudden shuttering of resorts has spurred a run on uphill ski equipment. Forget toilet paper. The hottest commodity in Colorado high-country right now is alpine-touring skis. Ski resorts across the state may not be spinning lifts, but the skiers are still skiing. Hundreds, if not thousands of skiers are regularly climbing resort slopes. Breckenridge and Keystone were allowing uphill all week until Vail Resorts on Friday pulled the plug on access at its two Summit County hills, plus Vail, Beaver Creek and Crested Butte." To read more, click here. In an update, not everyone is happy about all the up-hill skiing. 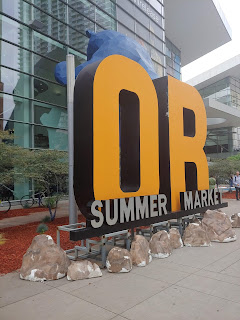 --The Summer Outdoor Retailer show is still on, for now.

--BLM Campgrounds in Indian Creek have been shut down.

--Climbing permits for Denali for the 2020 climbing season were suspended by the National Park Service last weekend. To read more, click here.

--Avalanche Canada has shut down for the remainder of the season.

--The Olympics will be delayed until 2021. This is a good thing as teams began to report that they weren't going to attend. In part this has to due with the difficulty of training during the COVID-19 crisis. To read more, click here. 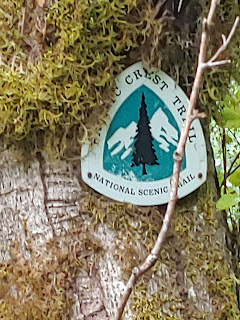 --The thru-hiking season on the Pacific Crest Trail and the Appalachian Trail have effectively been shut down.

--On the other hand, there might actually be climbers on Everest this year after all. From the Katmandu Times: "China is all set to allow its nationals to attempt to climb the world’s highest peak from Tibet side in the spring season, according to sources. This season, no foreigners would be allowed to climb Mt Everest from the northern route but Chinese teams could easily get permit for Everest expedition, a high-level source at the China Tibet Mountaineering Association said." To read more, click here.

--Canada closed all of its national parks yesterday.

--And finally, as always, here is the American Alpine Institute's Coronavirus Cancellation Policy.